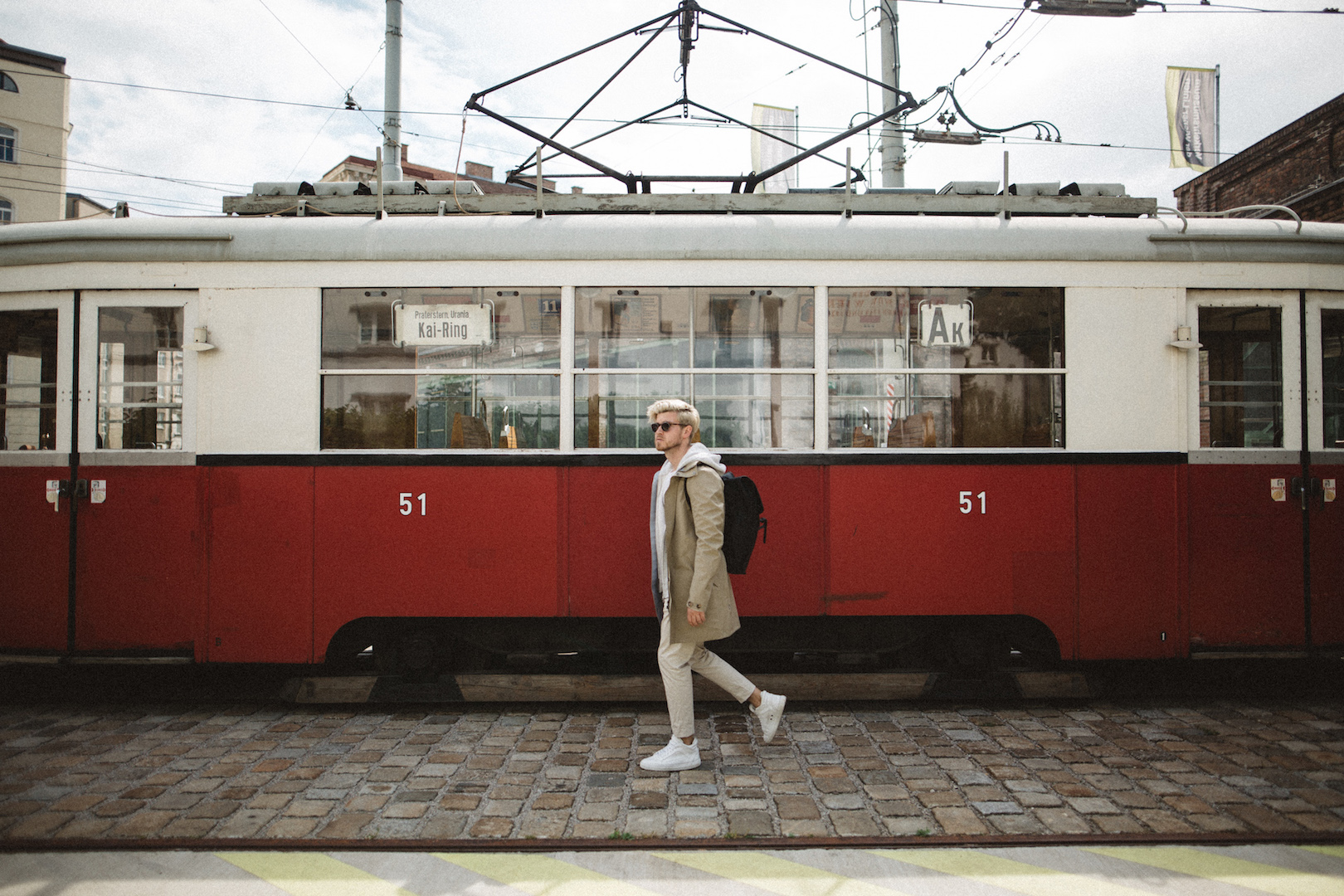 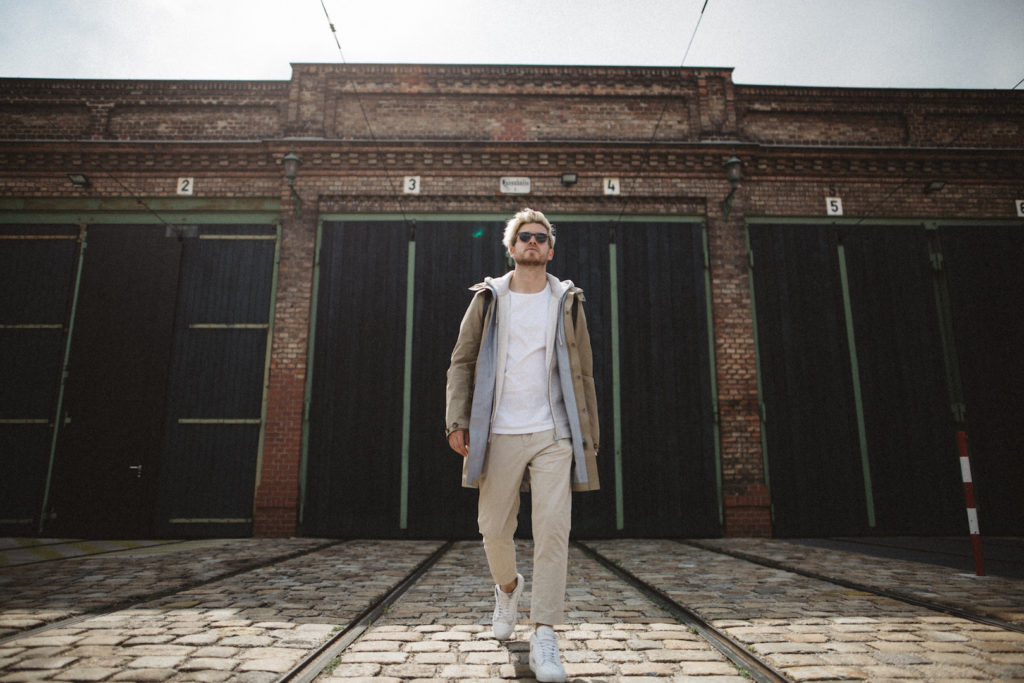 Last week I took part in the famous chase for Mr. X (Wien jagt Mister X) hosted by Wiener Linien. 55 Teams of three people each swarmed out all across Vienna’s public transport system to locate and ultimately catch the mysterious Mister X, Miss U and Mister W. When I got asked if I wanted to participate in the “Wien jagt Mister X” game I first really didn’t know what to expect. To be honest to me it sounded a bit like a scavenger hunt. However, I’ve been interested in trying out some urban games here in Vienna for a while and I’m always eager to discover new things and so I decided to give it a chance. As it turned out, this was exactly the right choice. Together with my teammates Max & Dominic we had a hilarious and exciting afternoon roaming Vienna’s Public Transport System in search of the three “villains”. 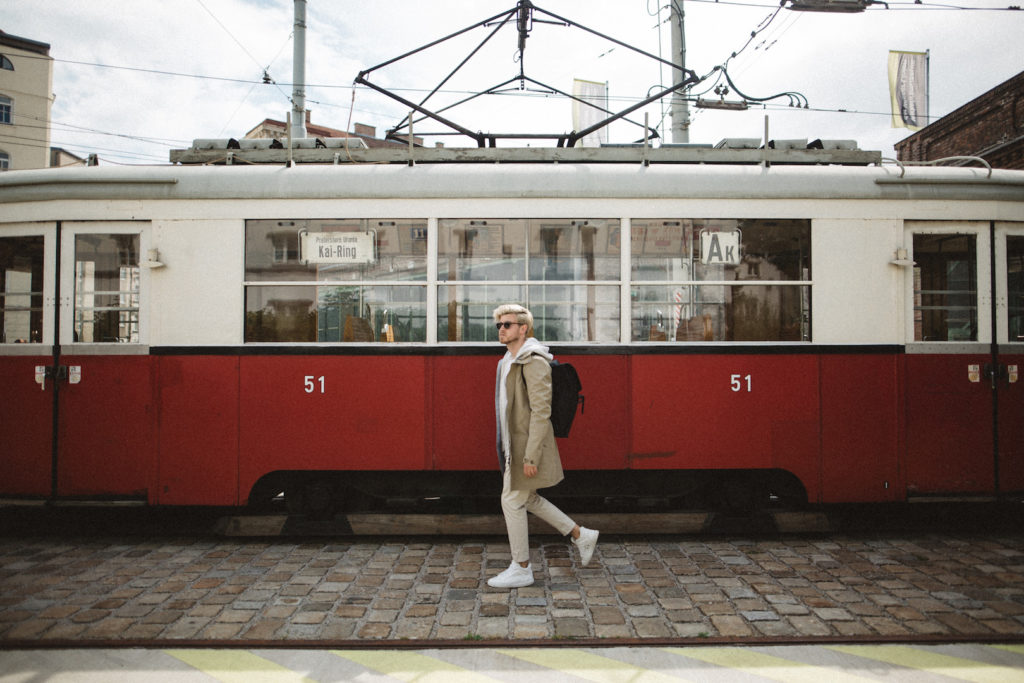 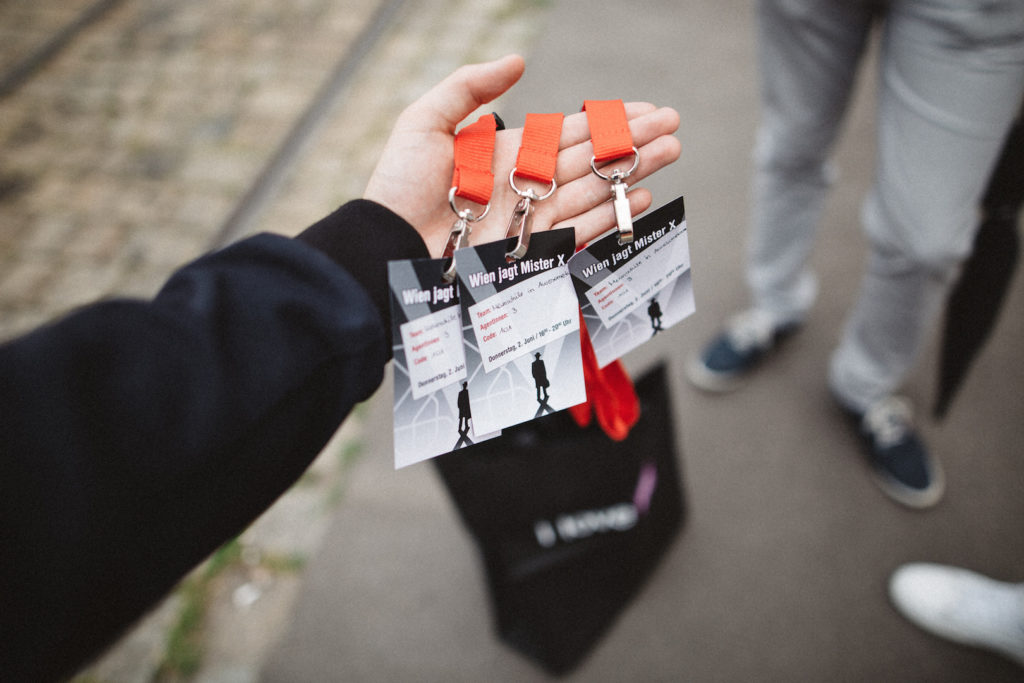 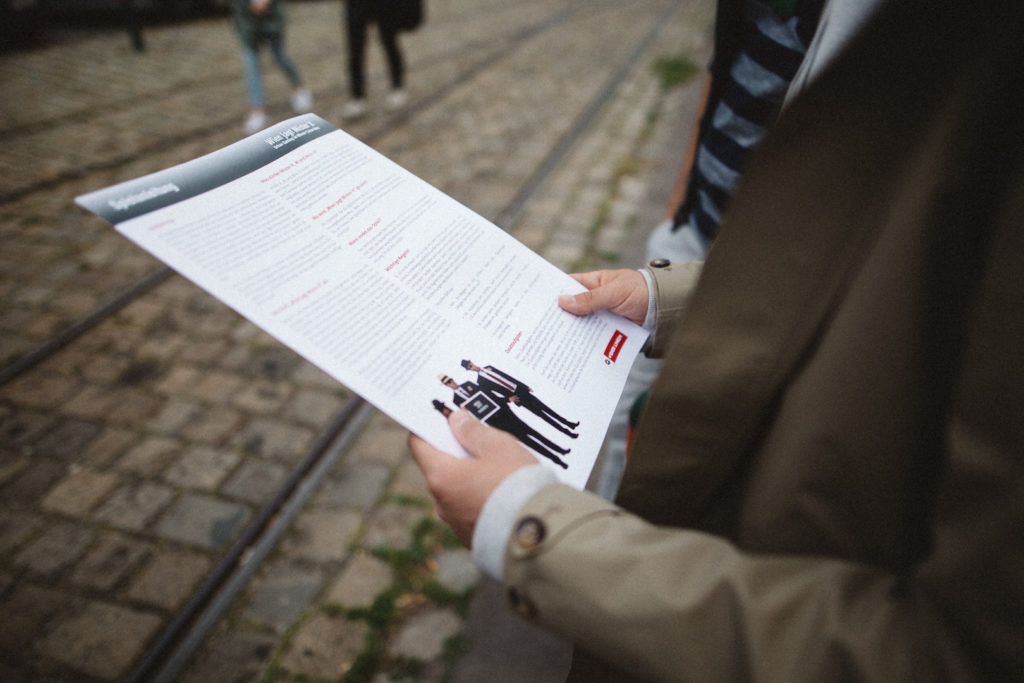 The rules were quite simple. While the hoodlums were riding on the underground, trams and busses every team regularly received text messages about the current whereabouts of the three targets. Through this information the teams had to try and map out where they could intercept the targets. To get there all of us were strictly limited to public transport, no walking, cabs, bikes or whatever allowed. For each caught “villain” the teams received a part of a telephone number and a code. Assembled the number parts made up the telephone number of the so called “Mrs. White” who was waiting at a secret location with a mysterious prize. 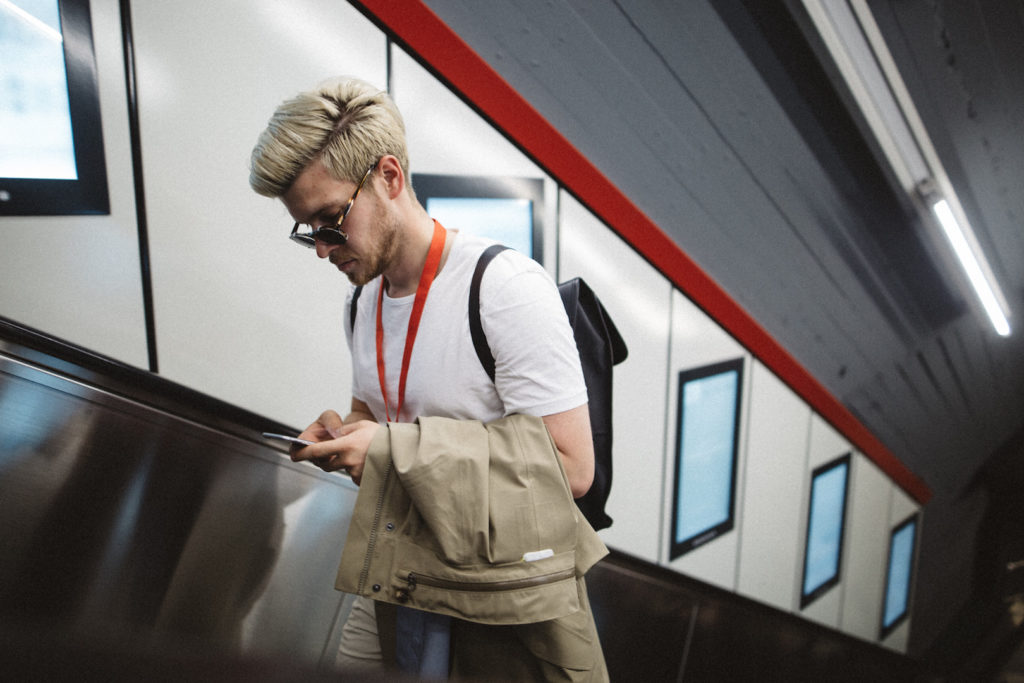 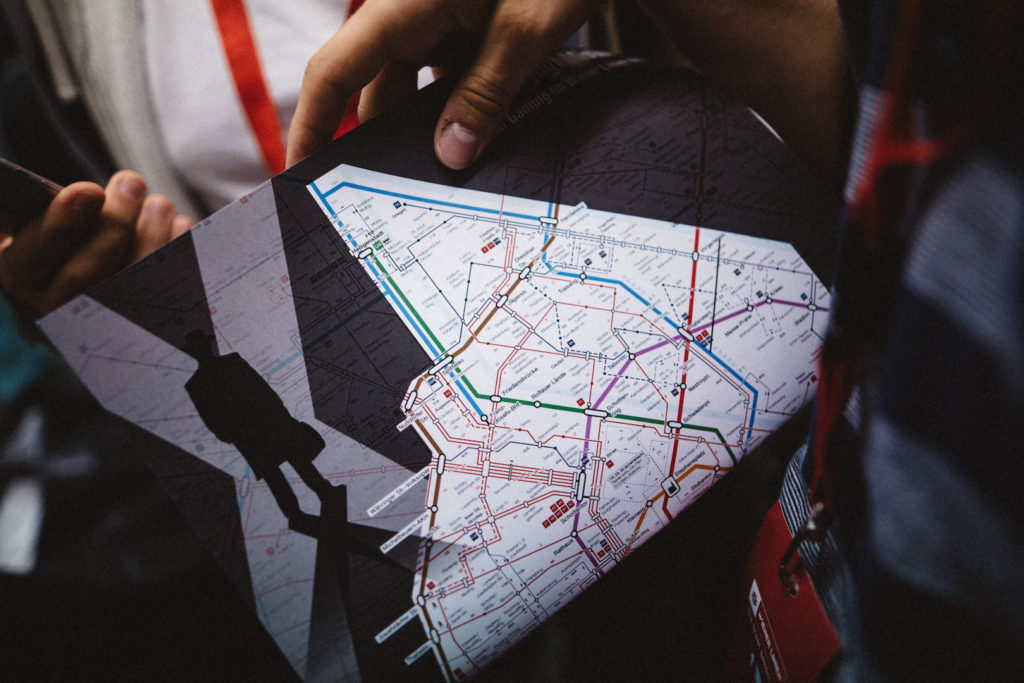 As much as we tried to tell ourselves that we’re only participating in the game for fun, as soon as it started we could feel our ambition rising up and within no time we were all in, rushing from one underground to the next, hopping on trams, speeding up escalators to be the first team to catch all three targets. Our first catch was Miss U, whom we chased down at the U3 Volkstheater Station in the heart of Vienna. 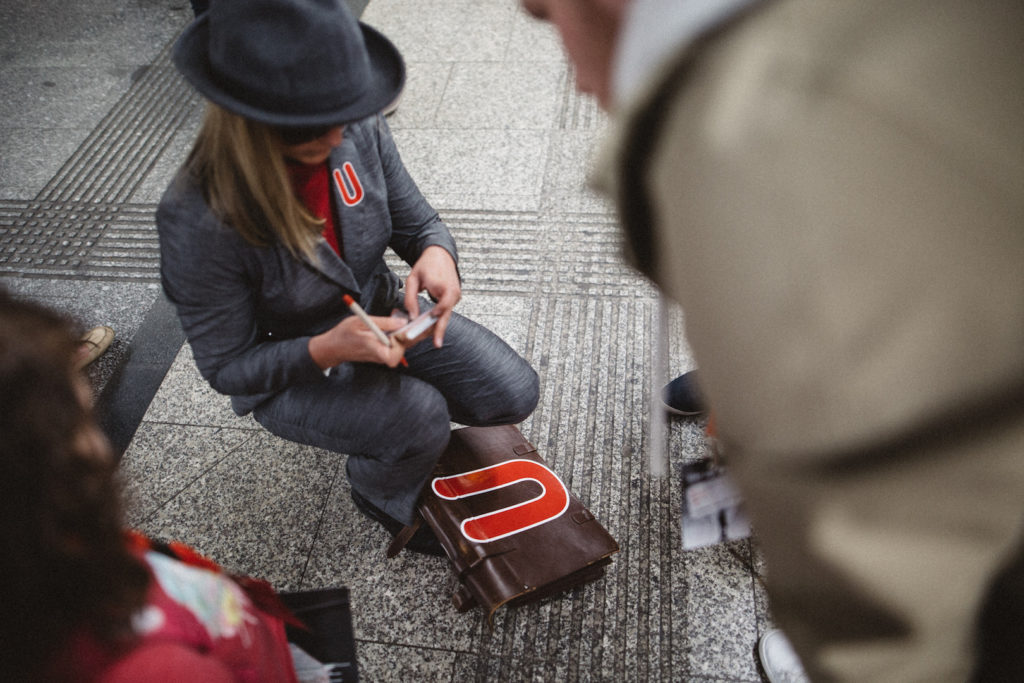 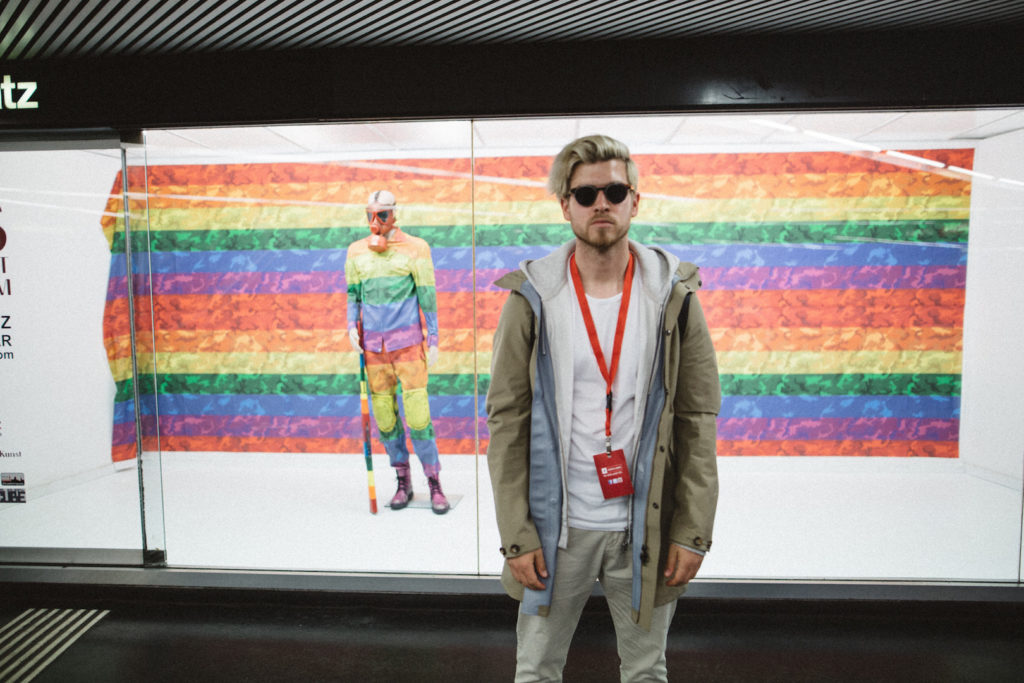 When we left Volkstheater we received information, that Mister X was on a Bus, which we knew was heading towards the new central train station of Vienna. Concluding that this must be his next destination, we quickly made our way there and finally really caught Mister X at a tram platform at Vienna Central Station. This was only a little more than 45 minutes into the game. At this point we realized that we were actually doing pretty well which gave us a further motivation boost. 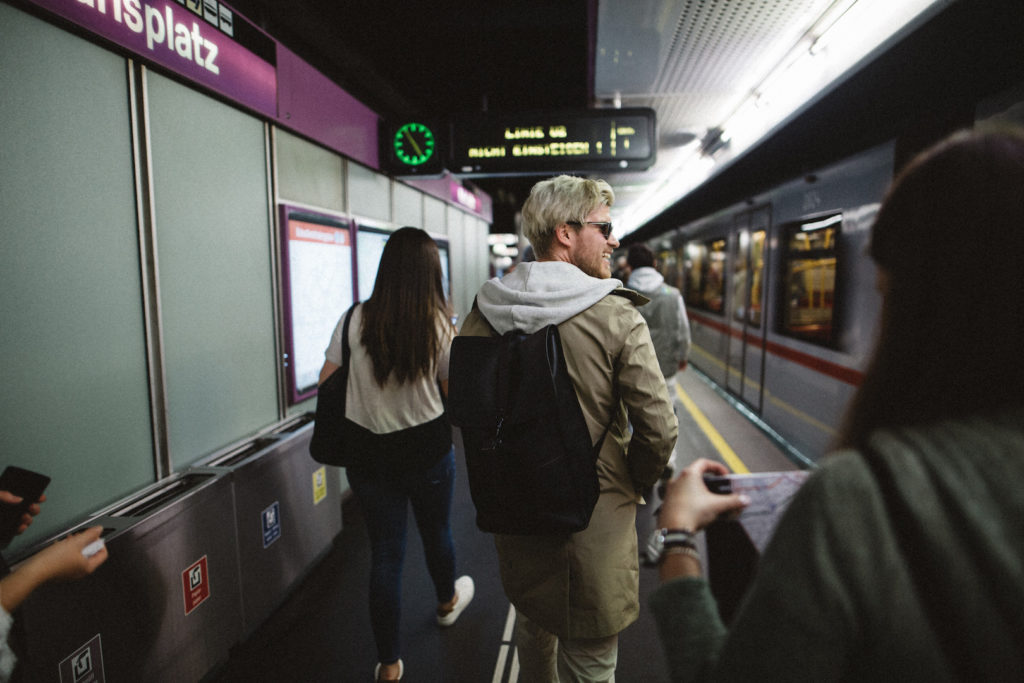 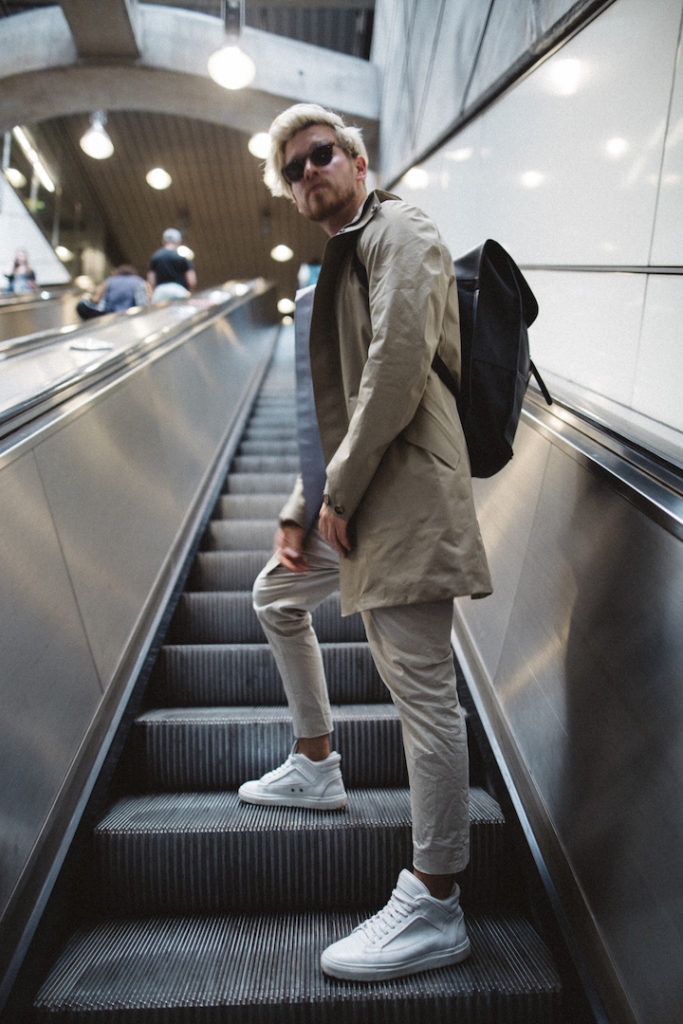 Now the last target left was Mister W, who unfortunately was pretty much at the other side of town from where we caught Mister X. However, again we caught his track pretty quickly and came close to locking him down twice, first at the tram station Schottentor and then again at the U2 Station Volkstheater. However he was always one step faster than us and so we were already a bit frustrated. 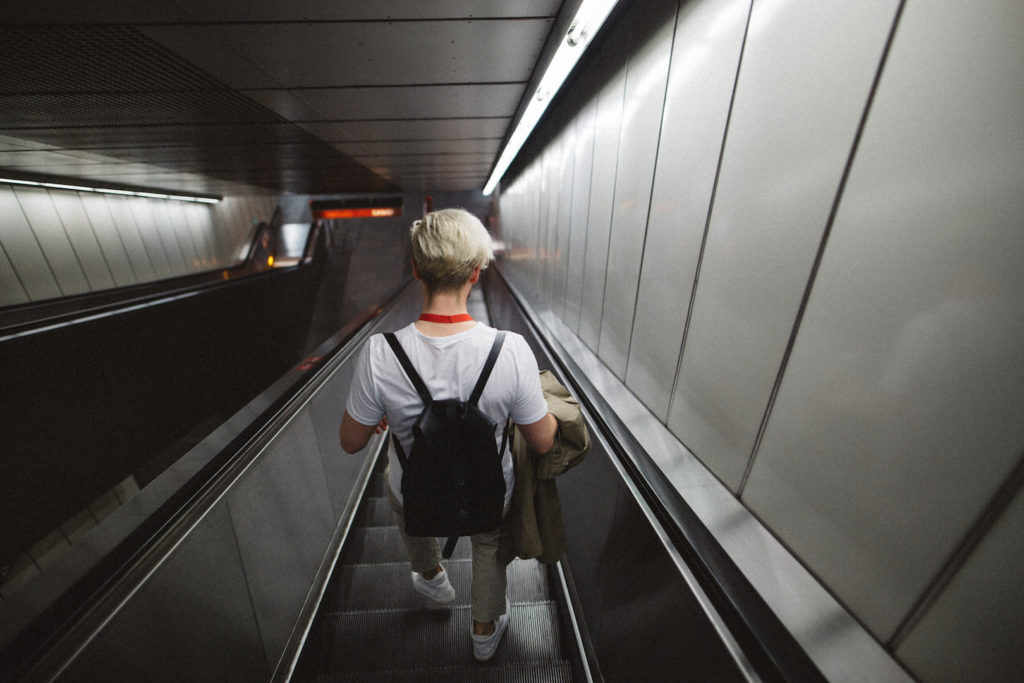 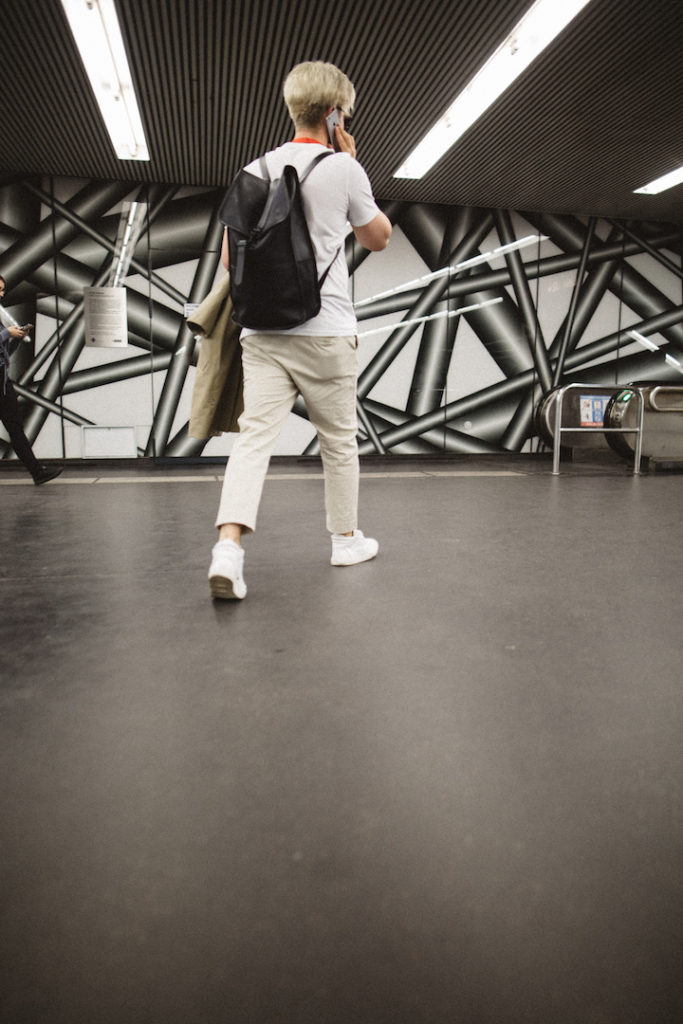 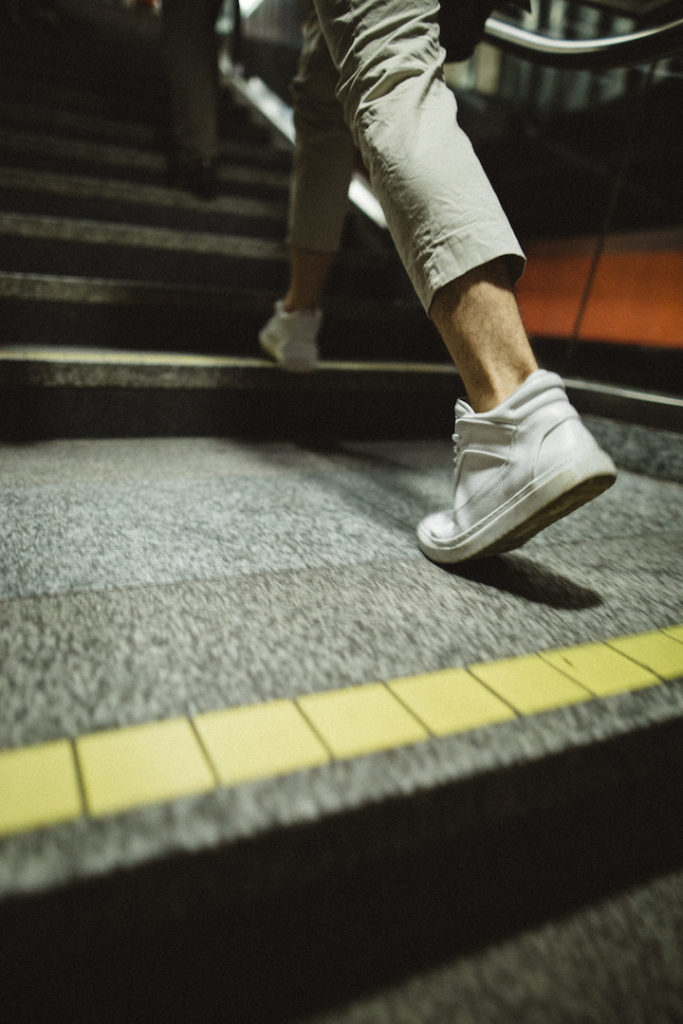 After a one hour chase we finally found Mister W, taking a cigarette break at the 4A bus station at Karlsplatz. Relieved we finally made it, I couldn’t resist to take a little selfie with the fella. Now that we had the three number parts we called Miss White who told us her location, a bus station very close to the starting point of the game. At this time we still didn’t know which place we would make. 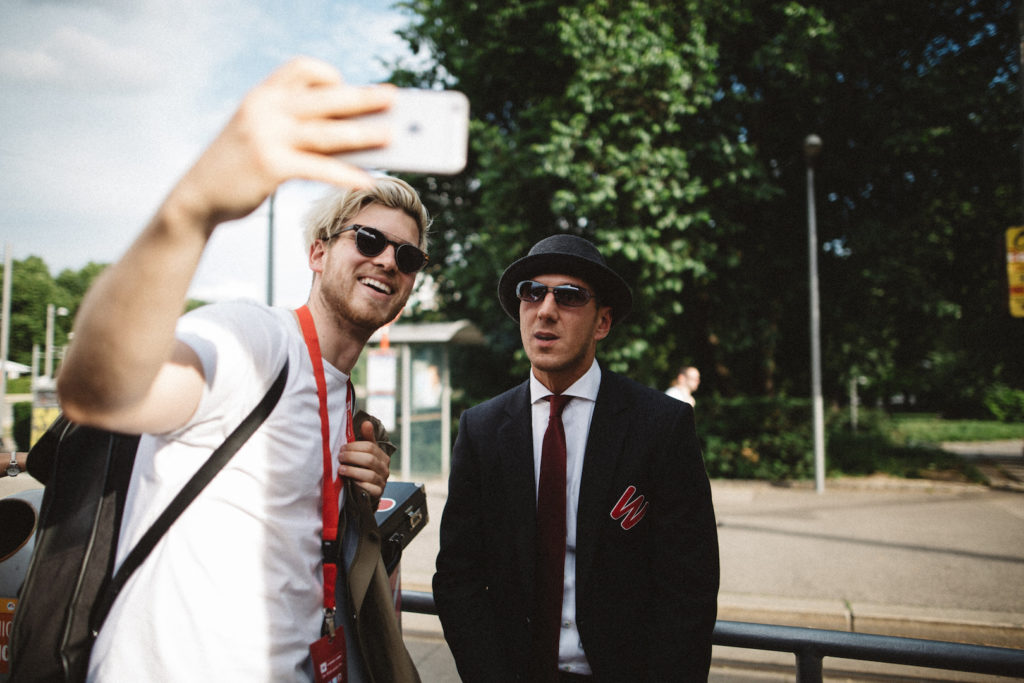 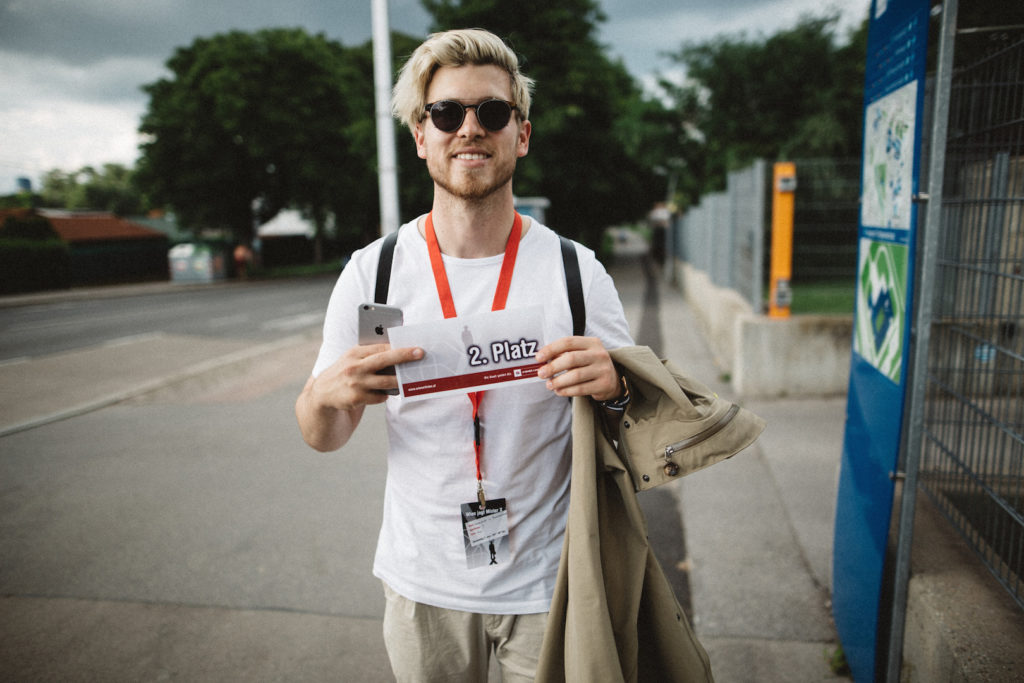 To our surprise, only one team managed to catch the three villains and get to Miss White before us. Although second place means first of the losers, we were still pretty happy with it, since it was our first time participating and 2nd of 55 is still pretty good. However, the most important thing was that we had a fun afternoon that turned out far more exciting than I would have ever imagined. So next year, when Wiener Linien call for the chase on Mister X I’ll definitely consider to take part again. 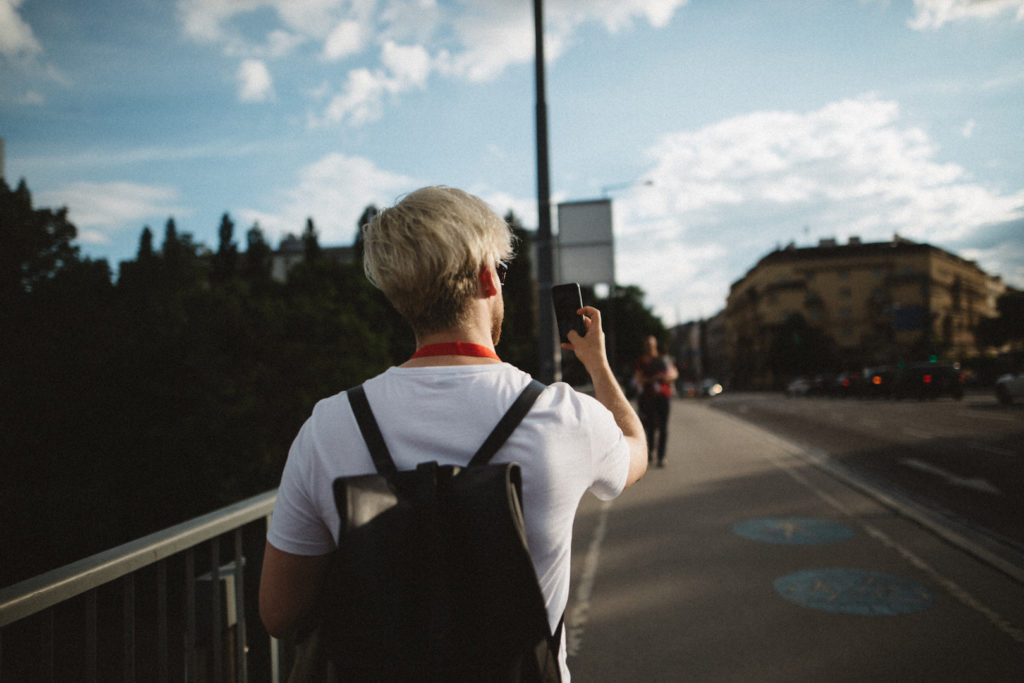 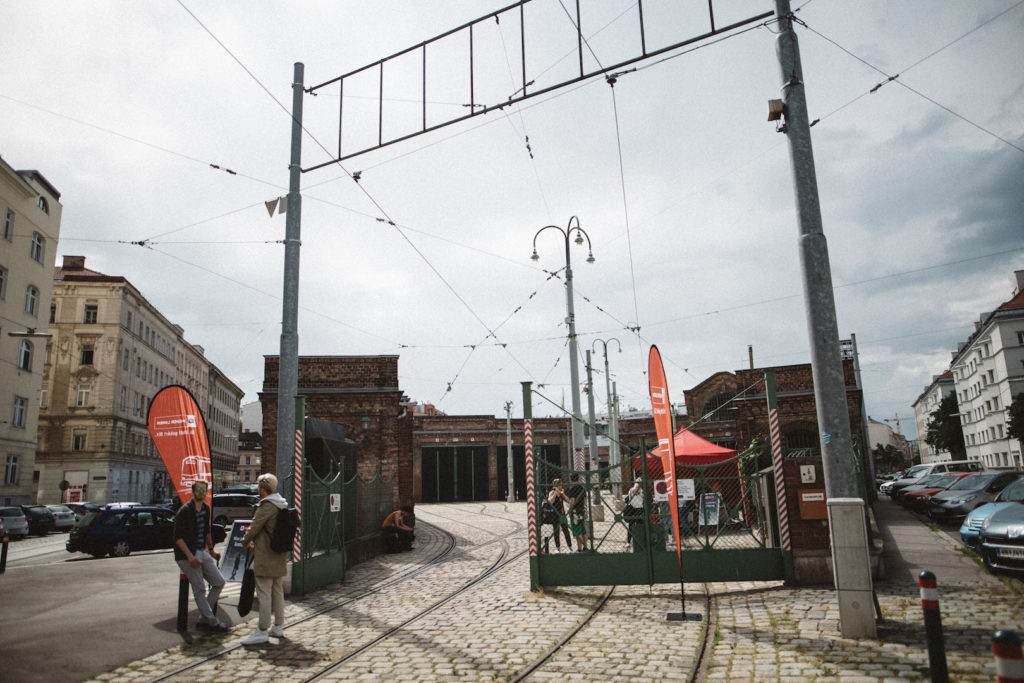 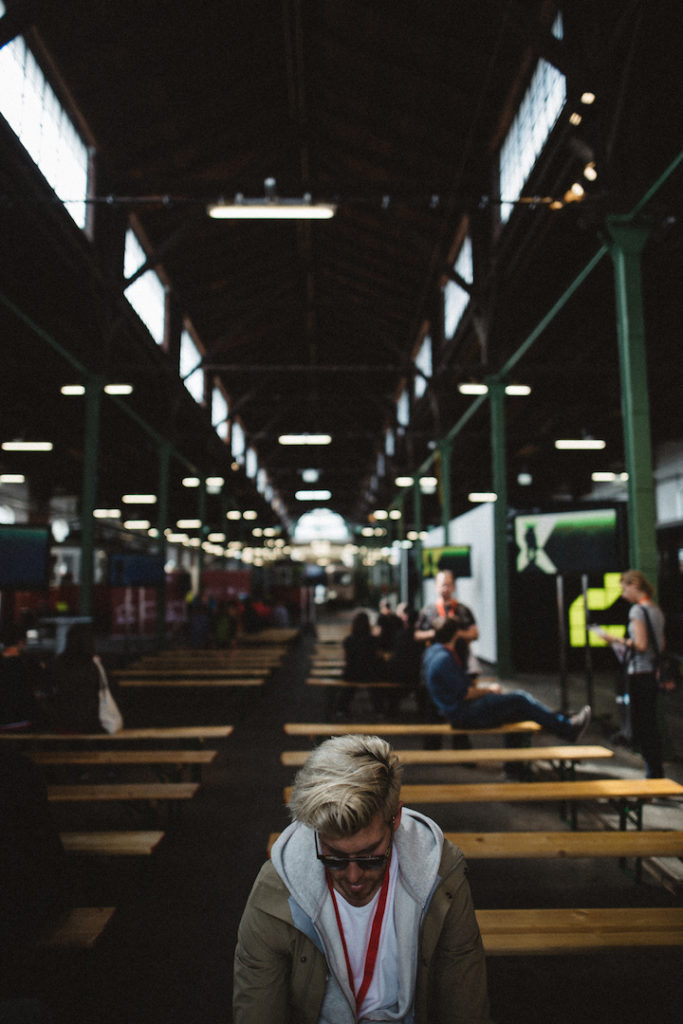 ALL PICS by MAXIMILIAN SALZER.

*in friendly collaboration with Wiener Linien. 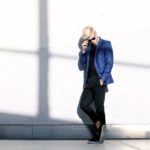 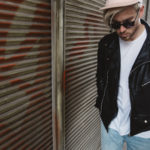