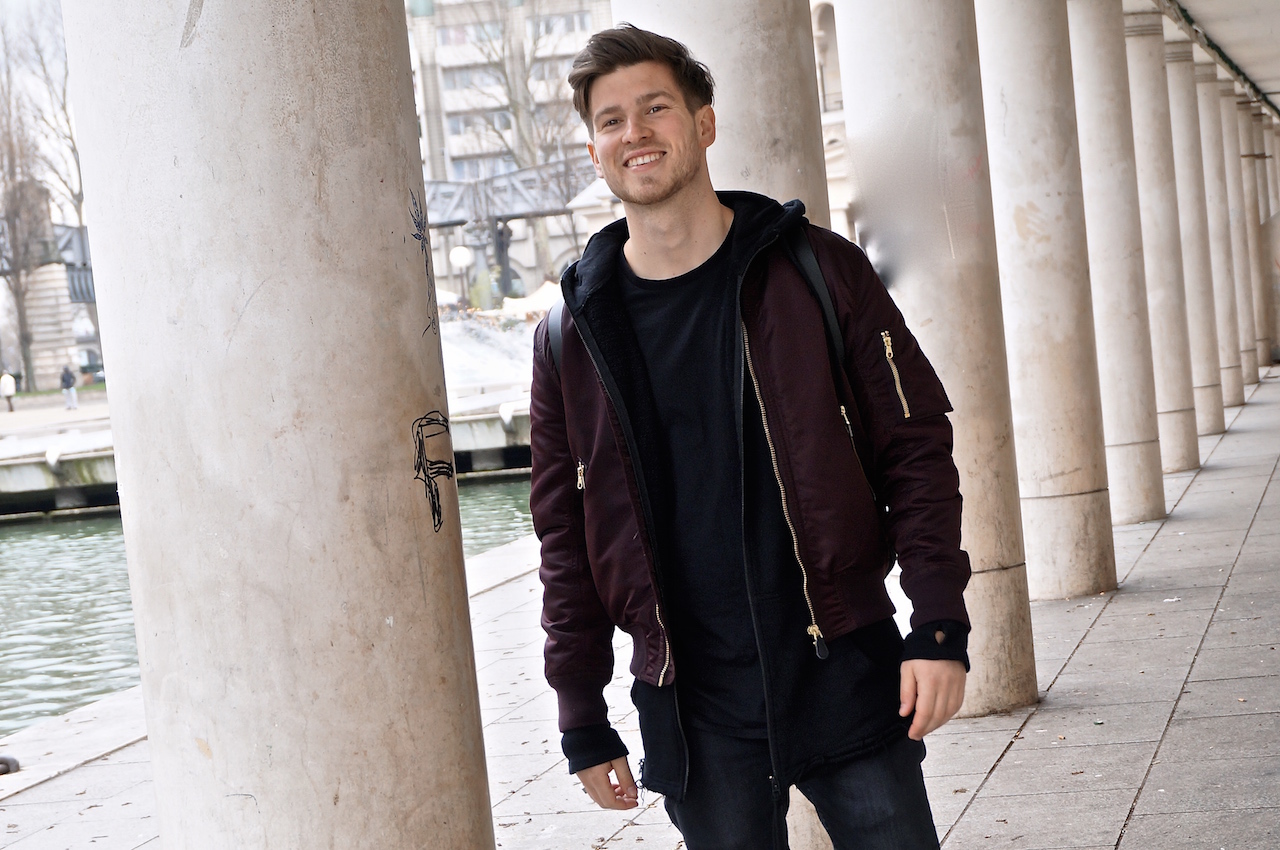 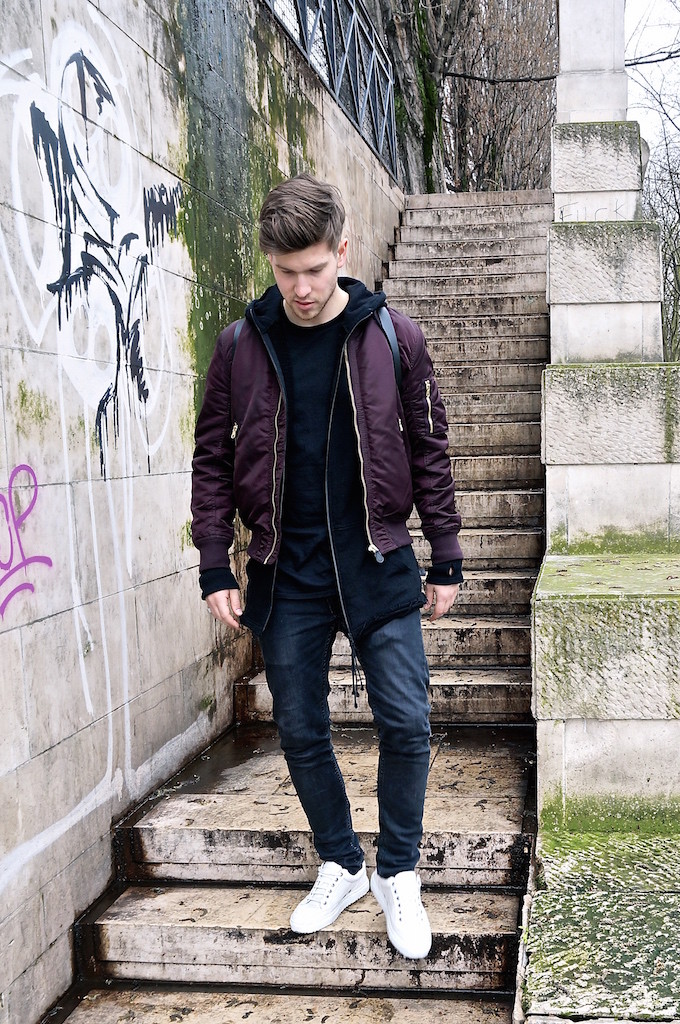 The third and final part of my feature on my trip to paris takes us to canal st.martin. This area is particularily nice on warm and sunny days as it’s a great place to hang out next to the water but still in an urban environment. From raw street art, to romantic bridges over the canal to modern bars, shops, restaurants and concept spaces. This area has it all within a 15 minutes walking distance. Like i already recommended in my last post make sure to drop by LE COMPTOIR GENERAL which is located right across the street from the canal and refers to itself as a “ghetto museum”. Amazingly nice people, outstanding chicken tikka masala, probably the best ginger juice i ever had and definitely one of the coolest concept stores/bars/restaurants i’ve ever been to.

When travelling and particularily for city trips it’s essential to bring a backpack as there’s always something you want to have with you but don’t want to carry in your hands. However, finding one that has the right size, is comfortable to carry and looks cool can be quite a challenge. After a bit of research i finally made my choice and so far i’m super happy with it. I knew the brand RAINS mostly for their awesome raincoats but as it turns out they also have a range of super rad bags. The backpack on the pics immediately convinced me with its futuristic design but as it turns out also from a practical point of view this was a great purchase. It has enough space for everyday purposes as well as a day in the city, it’s super comfortable and on top of all of this, due to the waterproof material it also keeps dry the stuff you put in there. A feature which i learned to appreciate especially during early spring. As for the rest of the outfit i tried to freshen up an all black look with a pair of white sneakers, topping it off with a bit of color in form of the burgundy jacket. To create a raw streetstyle silhouette i like combining skinny jeans with elongated tops and a bomber jacket on top. All in all a rather basic but awesome urban look. The layering also gives you versatility and allows you to adjust to spring weather easily. 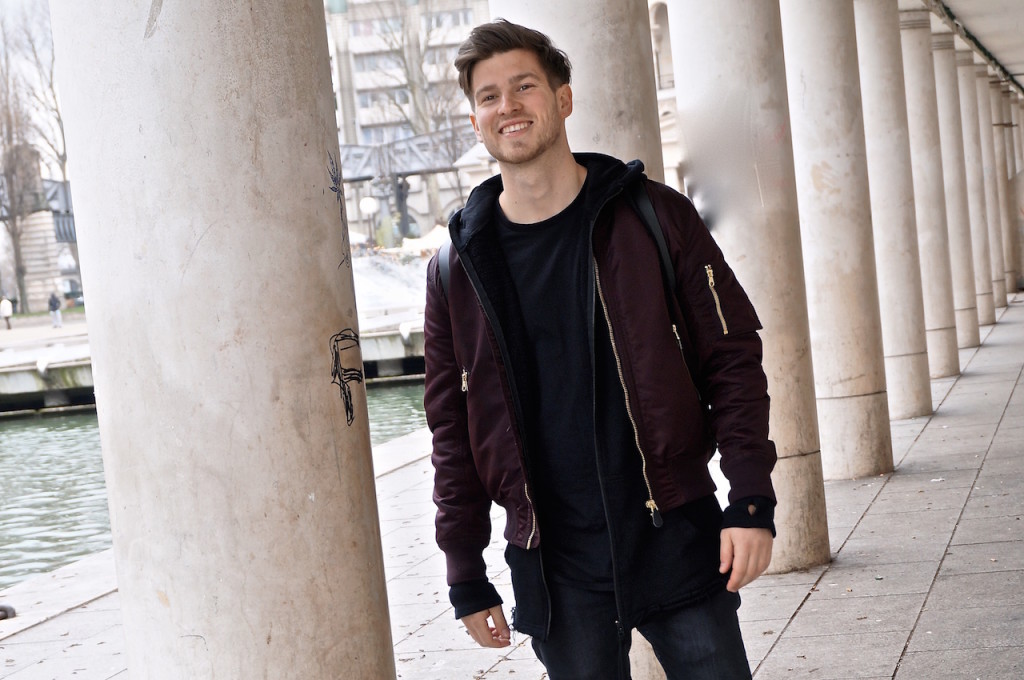 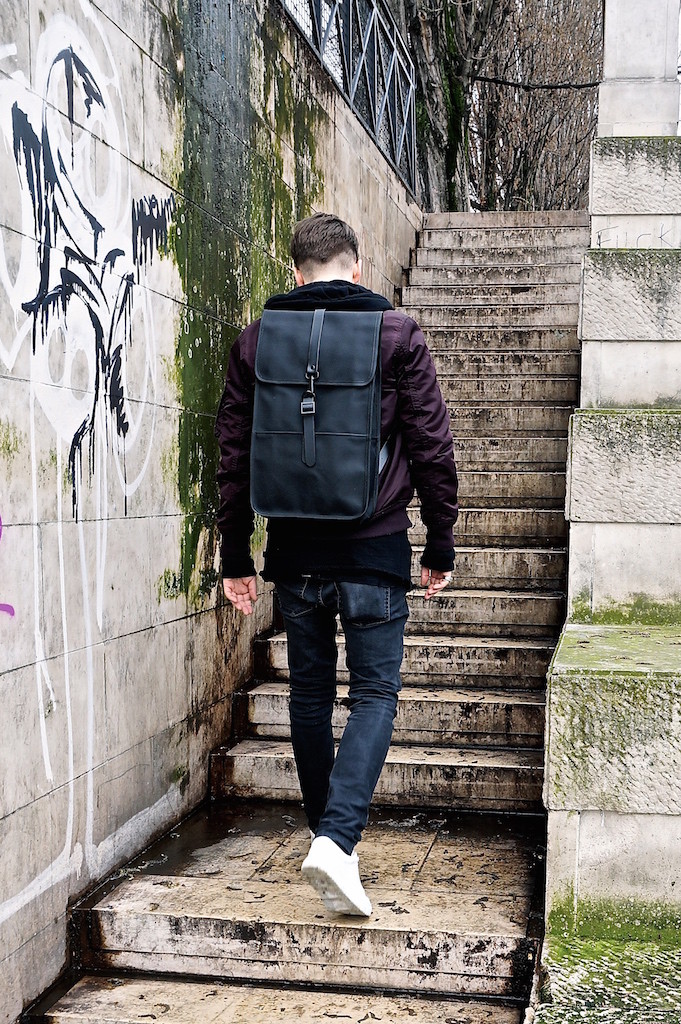 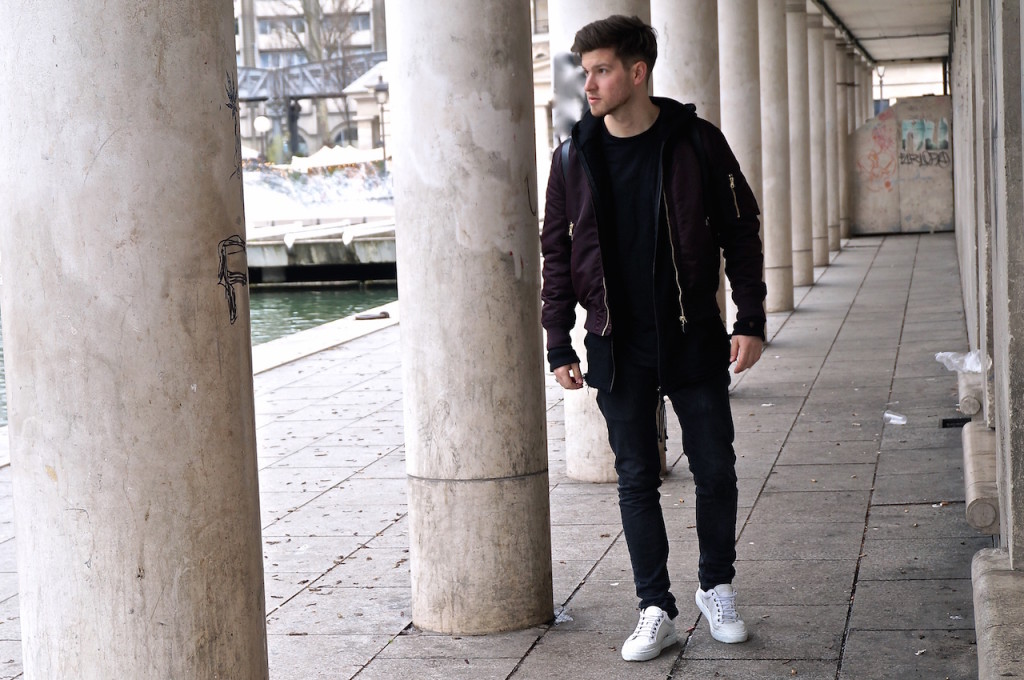 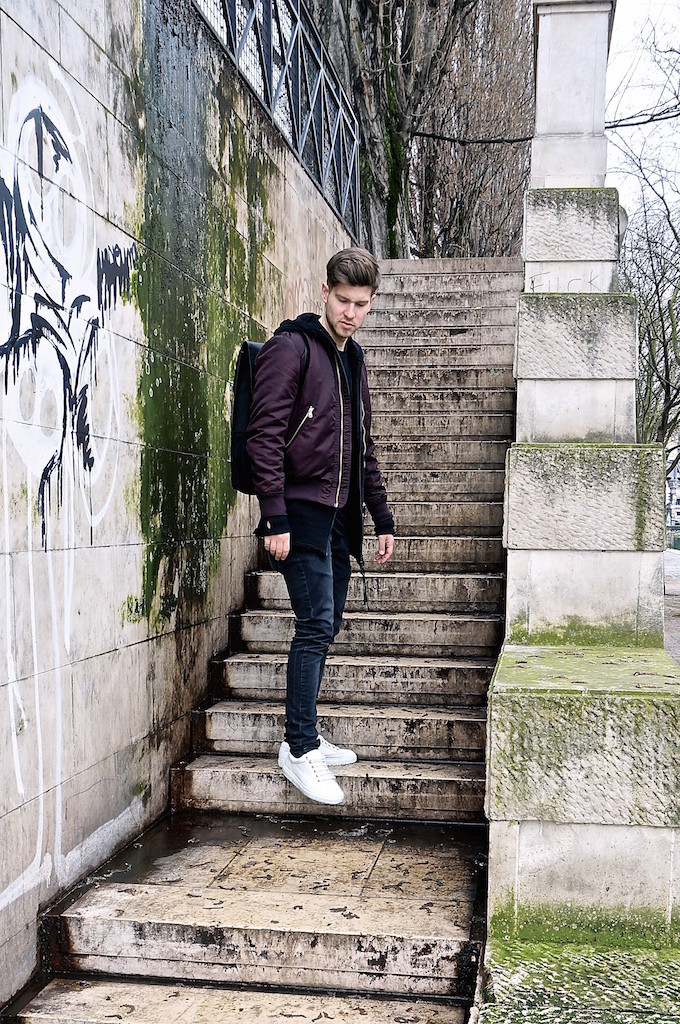 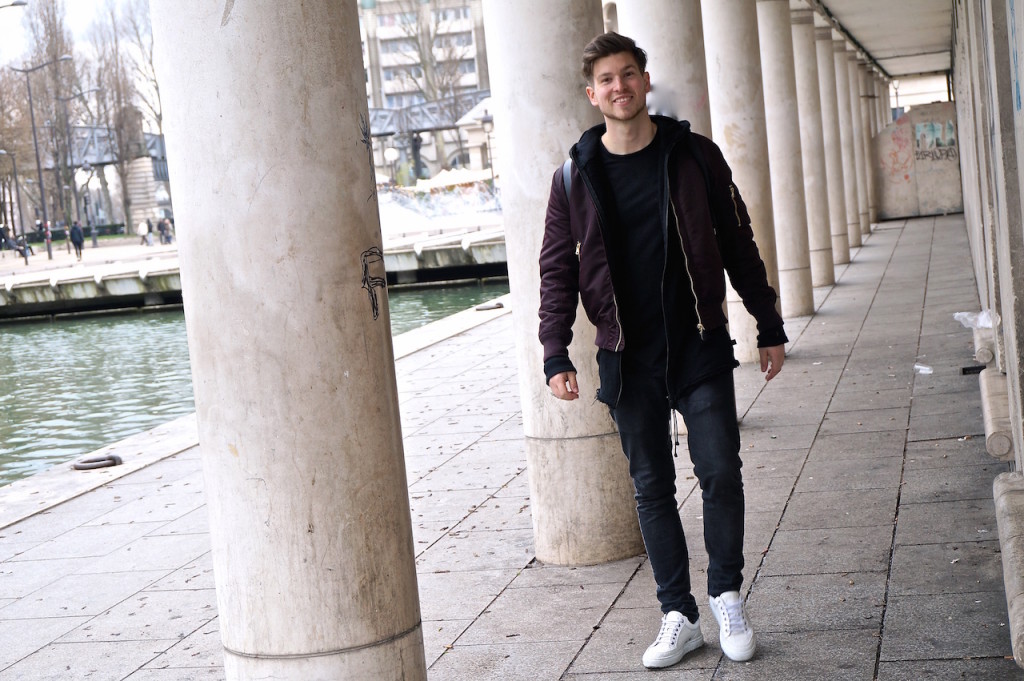 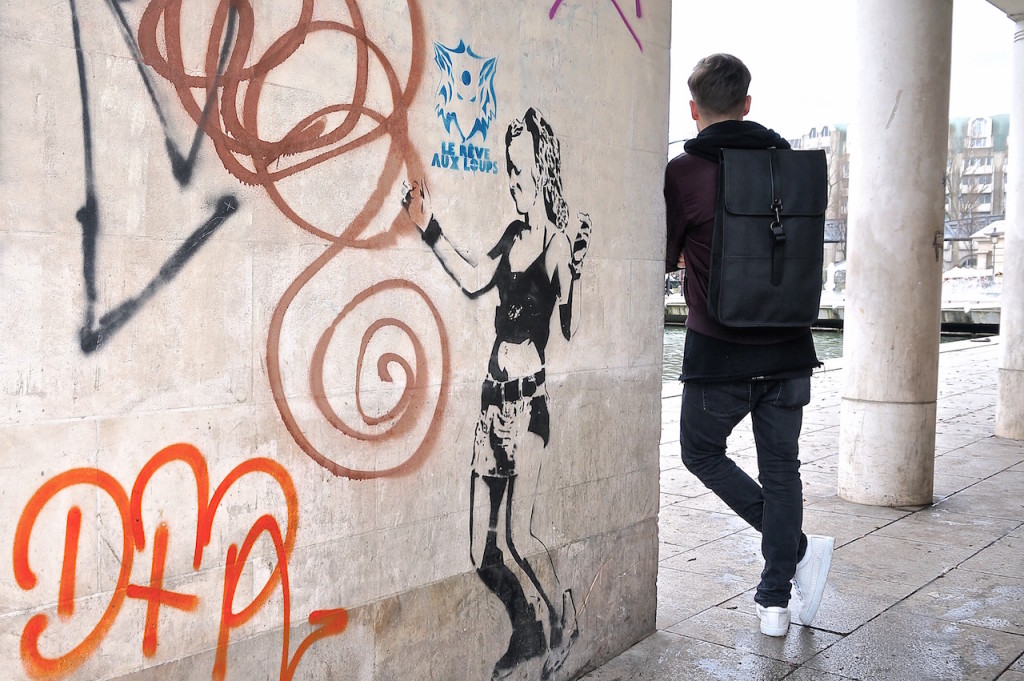 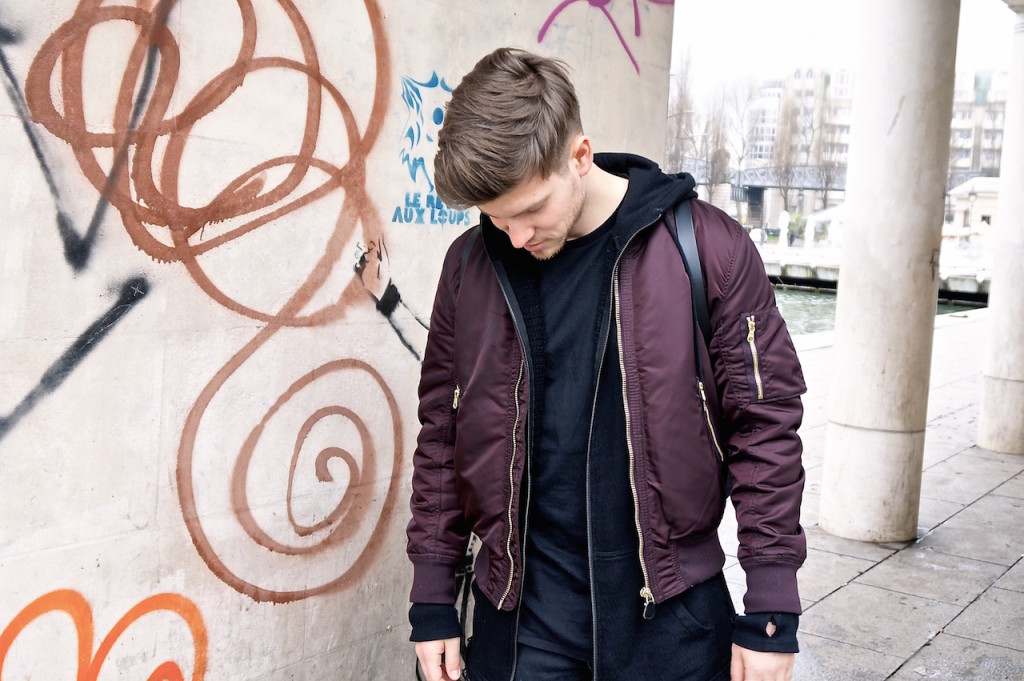 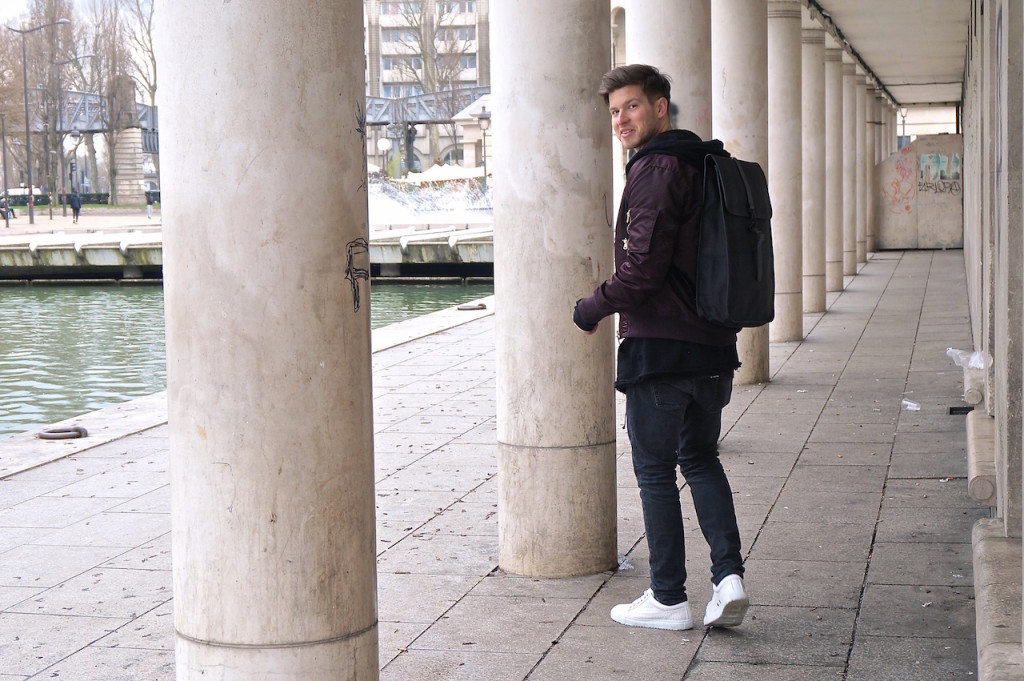 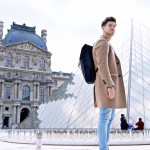 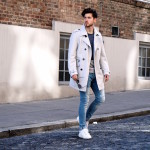